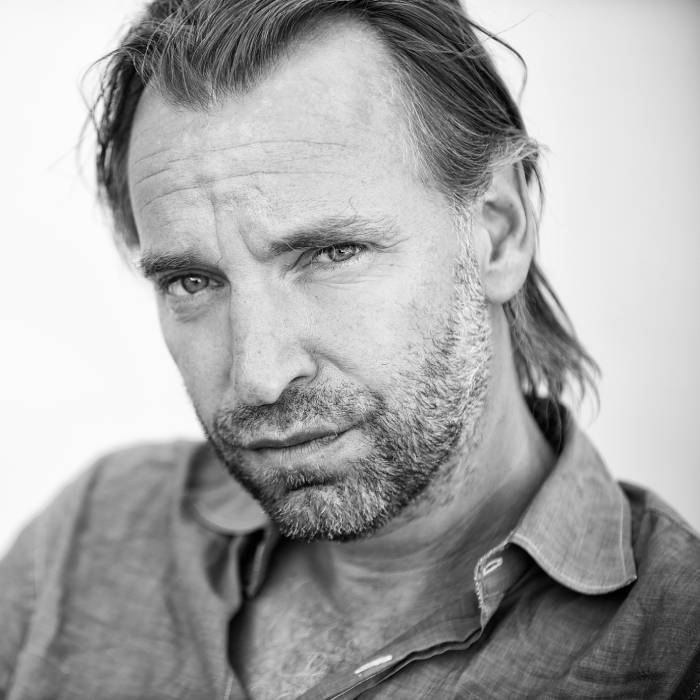 Well-known in the TV series circuit for both writing and directing, Måns’ credits include the award-winning “Midnight Sun”, which has sold to more than 120 territories worldwide, and critically acclaimed series “Bron” (The Bridge), which has been shown in 161 countries and remade for numerous territories.

He has also directed shorts and feature-length films, including Swedish feature “Storm”, the Hollywood feature “Shelter”, starring Julianne Moore and Jonathan Rhys-Meyers, and the successful Hollywood blockbuster “Underworld: Awakening”, with box office receipts of over $160 million.

He also directed the critically acclaimed “Känn Ingen Sorg” (Shed No Tears) a film which received two Guldbagge awards in 2013 as well as the Swedish feature “Swoon”, which Måns wrote, directed and produced. 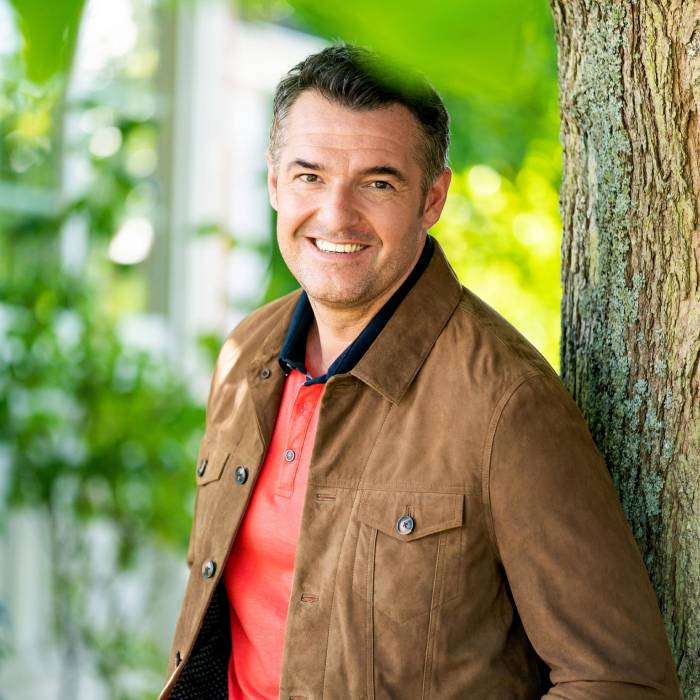 Revealed in the series "Parents mode d'emploi" in which he plays the role of Gaby alongside Alix Poisson for France 2, Arnaud Ducret multiplies the roles in cinema and television.

In 2020, he stars in “Pourquoi je vis”, a biopic about French singer Grégory Lemarchal. He portrayed Pierre, Gregory's father, with Odile Vuillemin in the role of the mother, and Mickaël Lumière in the lead role.

Arnaud can be seen on TF1 in the new series "Mensonges" alongside Audrey Fleurot and on stage in his new show "That’s Life". 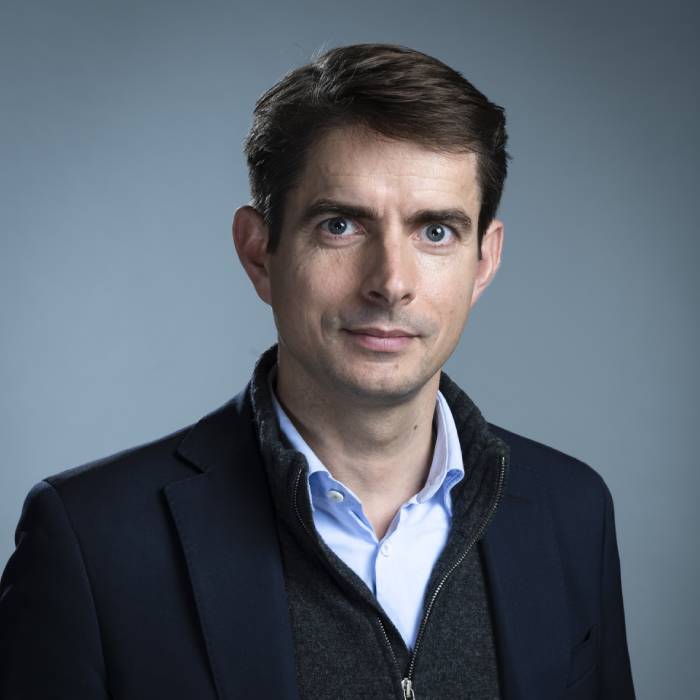 Award-winning “Das Boot” Executive Producer Moritz Polter launched his own premium international scripted label with ITV Studios, based in Munich, this June. ITV Studios is a creator, producer and distributor of world leading programs crafting over 8,400 hours of original programming across 13 countries.

Previously, as Executive Producer International Television Series at Bavaria Fiction, one of the most successful production companies in Europe, Moritz led the creation, development and funding for international drama co-productions such as “Das Boot” (Sky), “Arctic Circle” (Elisa Viihde/ZDF) and “Freud” (Netflix/ORF).

Named among Variety’s Top 10 Global Creatives to Watch in 2018, he is currently executive producing and finalizing production of season 3 of Sky Studios’ critically acclaimed and award-winning high-end drama series “Das Boot”, starring Tom Wlaschiha, Ray Stevenson, Joana Ribeiro, Franz Dinda, Anna Schudt and many more. Sold to more than 100 territories worldwide, including Hulu in the US, “Das Boot” quickly became the most successful Sky original series ever for Sky Deutschland, as well as being the highest-rated launch of a non-Italian Sky original for Sky in Italy, and the most successful non-English Sky original series ever for Sky in the UK.

Moritz Polter is a regular jury member of the International Emmy Awards and Rockie Awards at Banff World Media Festival and a frequent speaker at industry events. 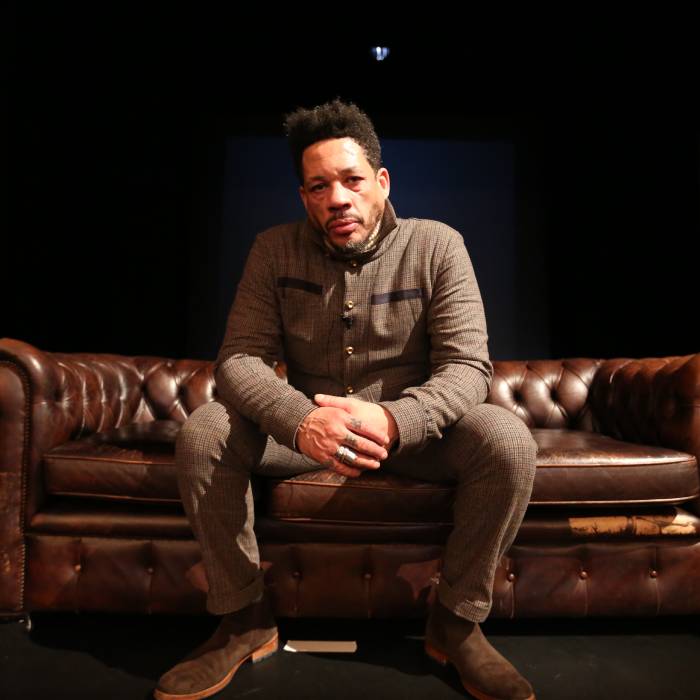 Rapper, producer and actor, Joey Starr began his musical career in 1983 with the group NTM, in a duet with Kool Shen. They are quickly becoming one of the most popular and well-known rap groups of their generation. It was when the group broke up in 2001 that Joey Starr made his first television and film appearances.

In 2008, he was chosen for the cast of the series “Mafiosa” for Canal +. In 2009 he was nominated for a César in the category best actor in a supporting role, playing his own character in “Le Bal des actrices” by Maïwenn.

In 2012 he won the Patrick Dewaere Prize as well as a second César nomination for his role in "Polisse". He added news credits with "La Marque des anges", “l’Amour dure trois ans", "Une autre vie", "Max".

Joey Starr introduces us to his passion for rum in the unscripted series "La Route de la Soif, the History of Rum, the West Indies, Creole Culture" (2018 & 2020). He played the main role in the series "Gloria", broadcast on TF1, and won popular recognition with the main role of Nicolas Valeyre in the series "Le Remplaçant", for which he was co-author.

Always committed, Joey Starr partners with the Studytracks project to help younger generations by adapting school curriculum into songs: "The Pleasure of Learning Through the Power of Music". He always keeps a foot in the music business by multiplying collaborations, duets and more recently working on two projects retracing the creation and the debut of the group NTM: the feature film "Suprême" and the series "Le monde de demain". 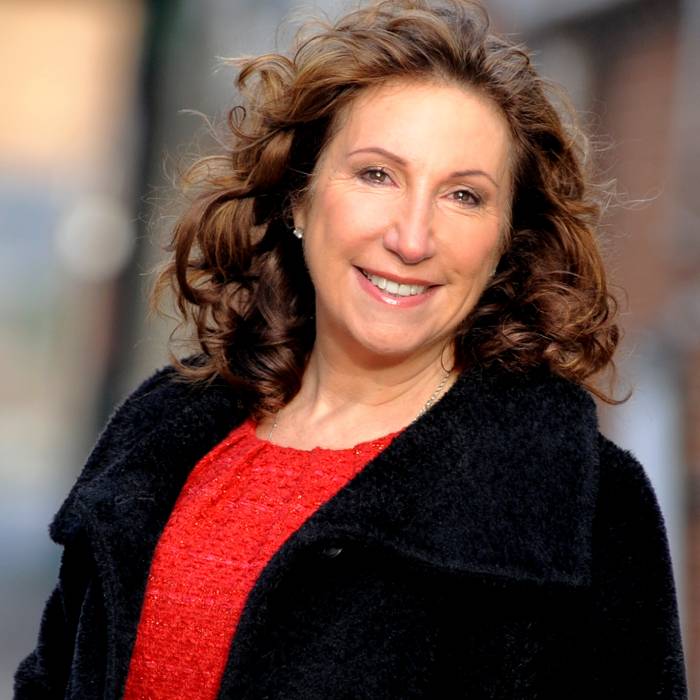 Kay Mellor OBE is a Leeds born and bred writer, director and actress best known for her work on several successful and groundbreaking drama series including “Fat Friends”, “Band of Gold”, “The Syndicate” and most recently “Girlfriends”.

After finishing her studies at Bretton Hall College, she formed in 1983 the Yorkshire Theatre Company, where she wrote and performed in “Paul”, “Climbing Out” and “Mates”. Afterward she began collaborating with Granada Television, working on their hugely popular soap opera “Coronation Street”. In 1989 she also wrote many episodes for the popular Channel 4 soap opera “Brookside”. Kay wrote for the anthology drama series “Dramarama”, before co-creating in 1988 the long-running children's drama “Children’s Ward”.

Outside of television, Kay has written several feature films including “Girls Night” starring Julie Walters, Brenda Blethyn and Kris Kristofferson (1998). In 1999 she both wrote and directed the feature film “Fanny and Elvis”, starring Ray Winstone.

Kay was awarded the BAFTA Dennis Potter Award in 1997 for Outstanding Writing for Television. She was appointed an OBE in the 2009 Birthday Honors, and in 2014 she was awarded the Writers Guild Award for Outstanding Contribution to Writing. Kay received a Fellowship for significant contribution to television from the Royal Television Society in November 2016. In February 2020, Kay was awarded the Broadcast Special Recognition Award, which coincided with the announcement of her latest commission for BBC1 – a fourth series of the hit lottery winner drama, “The Syndicate”. 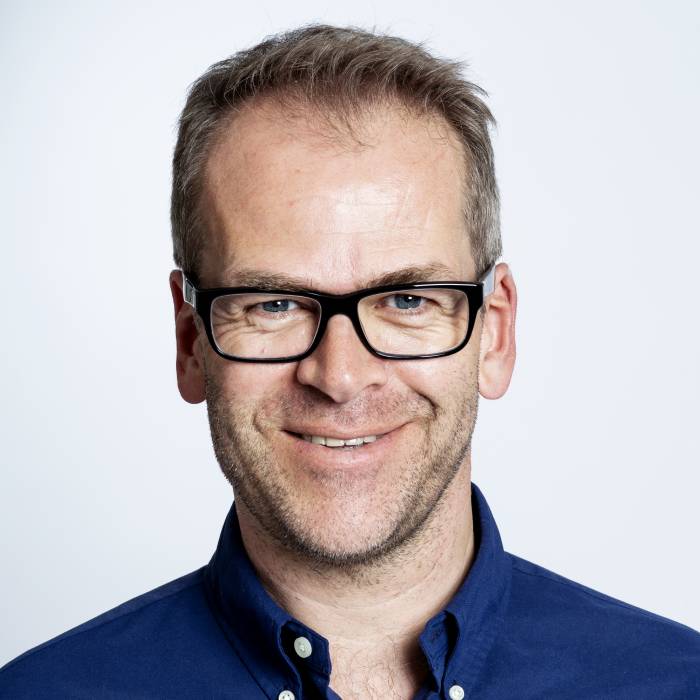 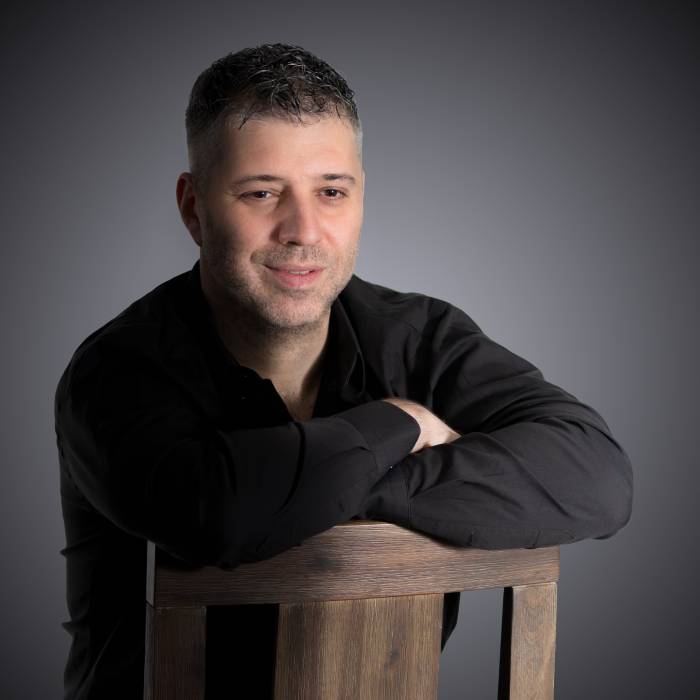 Award-winning filmmaker Evgeny Afineevsky built his career on demonstrating a commitment to documenting important stories of change and social justice. His film “Winter On Fire: Ukraine’s Fight For Freedom” (2015) was an official Selection of the Venice and Telluride International Film Festivals. It was nominated for an Oscar and an Emmy and won the People’s Choice Award for the Best Documentary from the Toronto International Film Festival.

Afineevsky's documentary “Cries From Syria” (2017), about the brutal five-year civil war in Syria, was nominated for four Emmy Awards, earned a nomination for Best Documentary from the Critics’ Choice Documentary Awards, and Afineevsky won International Documentary Association’s Courage Under Fire Award, and a Humanitas Prize and Cinema for Peace Awards as Most Valuable Documentary of the Year.

In 2020 Catholics in Media Associates awarded Afineevsky with 2020 CIMA Social Justice Award for his passion for telling stories that matter, his love for humanity and work for justice.

His recent film “Francesco” (2021), was his journey alongside Pope Francis on his inspirational on-going mission in this dark days for humanity, to unite the people of the world through acts of love and kindness, going beyond religious barriers. This feature film is a “call for action” and a message of hope, humanity, compassion, unity and redemption inside the darkness of our times. 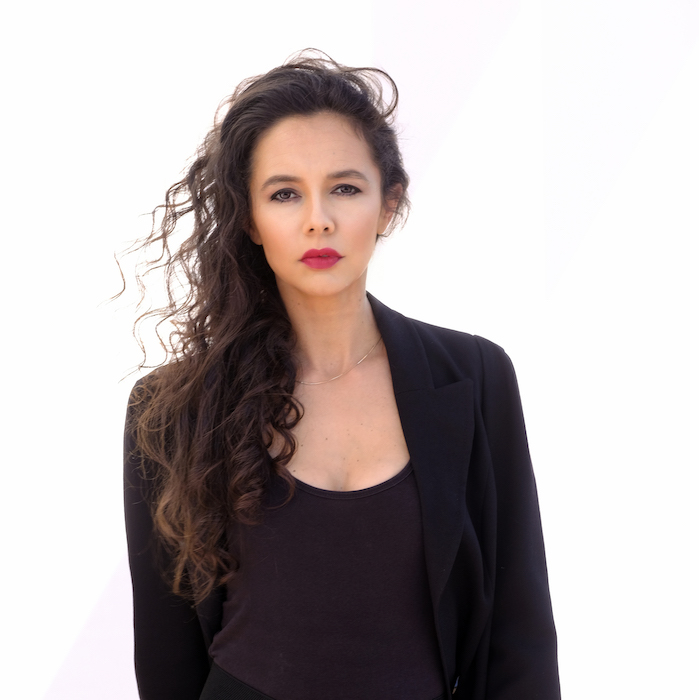 Leila Ghandi is a Monegasque advocate for the protection of the environment and women empowerment with an audience of millions of people on TV and a million people on her digital platform.

Leila has a 15 years experience in the medias industry as a TV Host journalist, editorialist, reporter, interviewer, documentary film director, photographer, and she produces TV and digital videos filmed internationally with guests that include Heads of State.

Leila has a 15 years experience as a public speaker, moderator and master of ceremony at high level conferences and global events including for the United Nations and the European Parliament.

Leila is laureate of various awards internationally since the beginning of her career. She was named Chevalier des Arts et des Lettres by the French Government, Woman of Excellence by the European Capital of Culture, Opinion Leader by the UN Agency Search For Common Ground, Emerging European Leaders by the Aspen Institute, and was selected to be among 50 high level women of the Mediterranean region to take part to the Women Forum in Rome. Her photographic work is showcased internationally and she is the laureate of the USAID Literature Price for her book “Chronicles from China” and the Anna Lindh Journalist Award. In 2019 she is chosen by L’Oreal Paris as a woman of worth for its 2020 international campaign, she is the laureate of the Who is Who International Women leaders award, and is nominated at the Monaco Influencer Award in the Philanthropy category for her influence as a change maker and as a role model for women across the world.

Leila Graduated from Sciences Po Paris and was granted a full scholarship to undertake the “Women and power” executive program at Harvard. Leila speaks French, English, Spanish, Arabic, and is learning Chinese. She has lived in all continents and visited over 60 countries.

Adventurer, she is the first Moroccan woman to solo travel the world and inspire others. She has climbed the Kilimandjaro and reached twice the Everest base camp. For many years she has directed and host the travel TV show “A journey with Leila Ghandi” broadcasted prime time on the Moroccan main public channel. She is an inspirational speaker and encourage people to overcome obstacles and reach their goals. 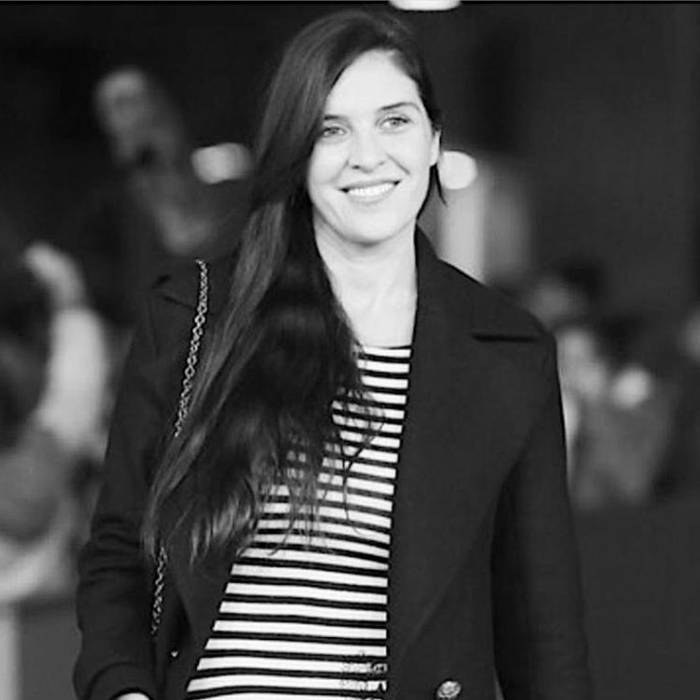 Gisella Marengo was born in Italy, she moved to California, where she studied at UCLA, and she is currently living in Los Angeles. She has been a film and documentary producer since 2000.

In 2019 she produced “Francesco”, a documentary about Pope Francis, directed by Academy Award winner Evgeny Afineevsky. She is currently in post-production on “Ennio”, a documentary on the iconic composer Ennio Morricone, directed the Academy Award winner Giuseppe Tornatore, with the participation of Quentin Tarrentino, Clint Eastwood and many more.

On top of this Gisella has been involved for more than 10 years in the organization “Artists for Peace and Justice” whose main goal is to serve the poorest communities in Haiti with programs in education, healthcare and dignity. Within this association, a section has been exclusively dedicated to women.

She is also an ambassador for “Love in Action”, a movement about women empowerment, in collaboration with the Chopra Foundation. 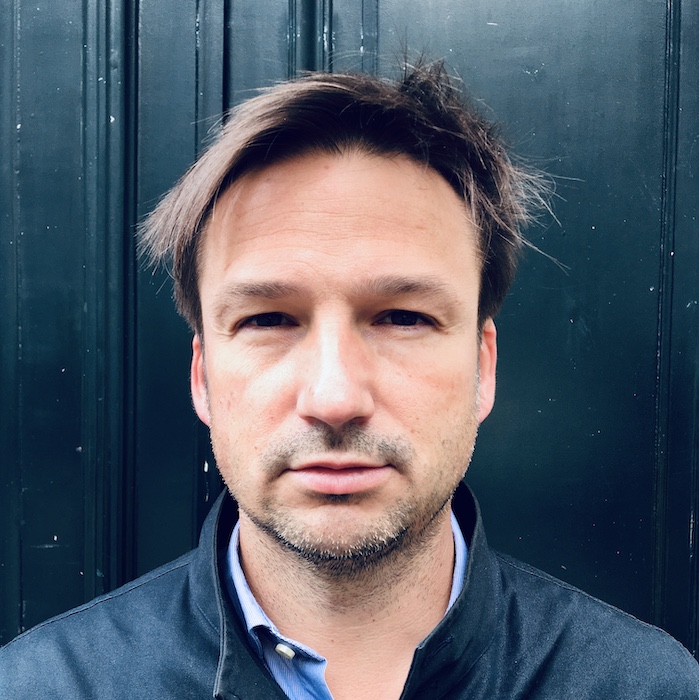 Hugo Plagnard has been editor-in-chief of the magazine “Complément d’enquête” (France 2) since September 2020.

A graduate of the Journalists Training Center (CFJ), Hugo Plagnard began his career on M6 in the team of “Capital” magazine before joining the “Droit de savoir” (TF1) and “Envoyé Spécial” (France 2) where he is later became deputy editor-in-chief.

His career then turned to news in 2014 when he joined the editorial team of the evening newscast of France 2 in which he created “l'Oeil du 20H”, then the 19/20 national of France 3. which he edited until the summer of 2020. 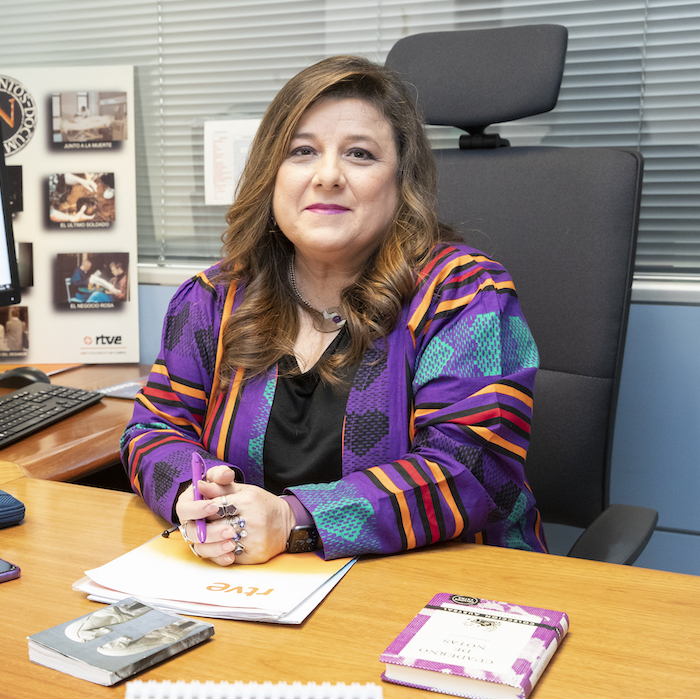 Pilar is the director of the program "Documentos TV" and international and investigative reporter of TVE. Since joining TVE in 1987, Pilar has been reporter at the international news desk, correspondent in Berlin for Germany and Eastern Europe (1999-2004) and international reporter for the programs “En Portada”, “Informe Semanal” and “Documentos TV”, doing long reports and documentaries in many countries, also covering wars and conflicts.

She has been professor at various universities in Madrid, is a volunteer lecturer/trainer at the Gambian Academy of Journalism and Communication and collaborates with the Spanish Institute for Strategic Studies (IEEE). She has done research stays in Afghanistan, Liberia and Gambia and is speaker at seminars and conferences.

She is the author of the books "La potencia reticente” and "Afghanistan" and co-author of "Queremos Saber", "The Middle East after the Caliphate" and "Afghanistan after ISAF" (2014). Author of several papers for the IEEE and articles for several publications. Pilar has received different awards, such as the "King of Spain International Journalism”, "Civis" and “Salvador de Madariaga”.

These shows are a must-see for every teen