6 facts you didn't know about How I Met Your Mother

Lily, Robin, Ted, Marshall and Barney… McLaren’s joyous group left its mark on a whole generation of fans thanks to its singular humor. Here are 6 anecdotes you absolutely must know of the show How I Met Your Mother.

A reflective show for its creators 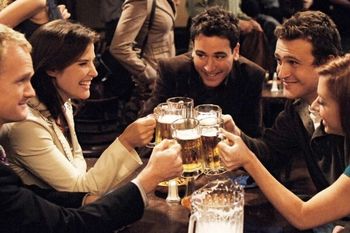 Fictionals, the show’s characters are nonetheless inspired by real persons, and good ones at that. Ted Mosby is based on the showrunner Carter Bays, Marshall Eriksen on his partner Craig Thomes and Lily Aldrin on the latter’s wife Rebecca. Indeed, the writers wrote How I Met Your Mother based on their own lives, totally identifying themselves to their characters. 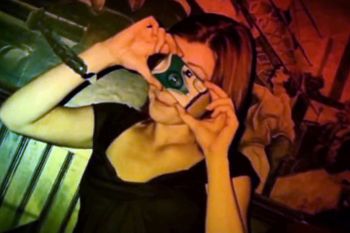 If countless objects are now worshipped by fans of the show, some stayed in the actors’ hearts as well. Josh Radnor, who plays Ted Mosby, kept the famous French blue horn at the end of the show, whereas Neil Patrick Harris kept Barney’s Playbook and Cobie Smulders Robin Sparkles’ jean jacket. As for Alyson Hannigan, she simply left with some ornaments from Lily’s apartment. 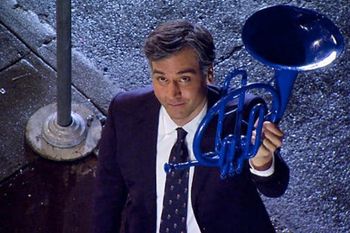 While Craig Thomas and Carter Bays, How I Met Your Mother’s creators, could have arranged a special song for the opening credits of their show, they decided to pick one of their own songs from their band The Solids. “Hey Beautiful” comes directly from the showrunners’ minds and their accomplices, Patrick Butler and C. C. DePhil. A way to handle every little aspect of the show! 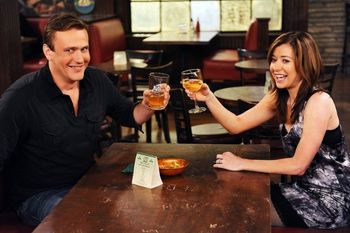 Marshall and Lily form the leading couple of the show, their interpreters spent a lot of time together on set. But there was a slight issue; Jason Segel was a smoker and his partner couldn’t stand the smell of cigarettes. Alyson Hannigan hated kissing him so much after he smoked that she put a fine system in place. This way, everytime he was caught smoking, the actor had to give her ten dollars. An amusing and radical little game that led him to quit smoking. 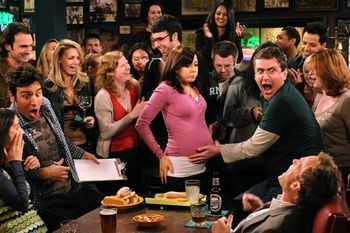 Even though she’s one of the show’s main characters, Lily disappears for several episodes - from episode 20 to 23 - at the end of the fourth season. Nothing serious happened behind the scenes, on the contrary! Alyson Hannigan was simply absent due to the fact that she gave birth to her daughter. A happy event that wasn’t included in the show and this is why the actress’ pregnancy was hidden during this particular season. And even though they used numerous tricks to hide her rounded belly, the showrunners wanted to have some fun with it in episode 14, when Lily participated in a hot-dogs eating contest. After eating about thirty of them, her stomach had a pretty rounded shape… 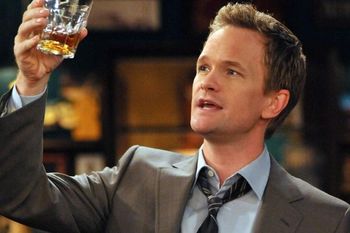 Every self-respecting How I Met Your Mother fan said at least one time this famous line from Barney : “It’s gonna be legen - wait for it and I hope you’re not lactose intolerant because the second half of that word is - dary”. Since then, it became a symbolic line, but it was not a punchline the creators invented, it was born from an exchange between Chris Miller and Phil Lord. The first one explained that his acolyte used “legendary” a bunch of times in the scripts, until he even wrote “legen - wait for it - dary”. Chris Miller found it amusing then to make the punchline even longer, adding “and I hope you’re not lactose intolerant”, a play on the words “dary” and “dairy”. 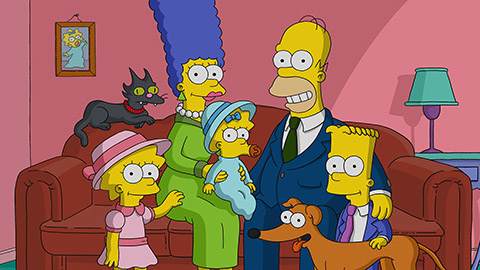 How well do you know The Simpsons ? Answer this True or False questions and get 10/10

The Simpsons has been watched by its fans for over 30 years… But do you know everything about Bart, Homer, Lisa, Maggie and Marge? It's time to prove… 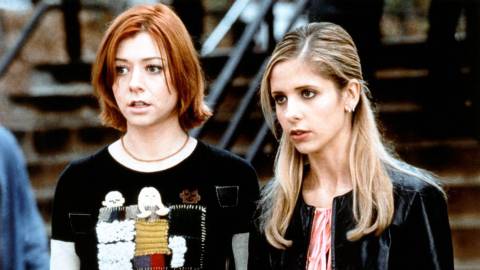 Buffy the Vampire Slayer is and will remain an iconic series. The show has touched several generations of fans and has offered female characters a central… 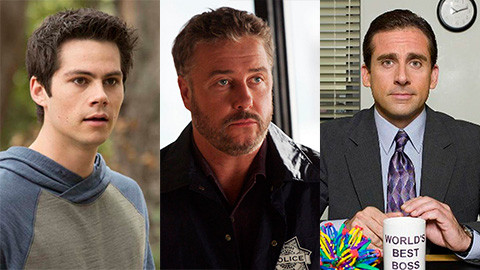 It’s not unusual for an actor or actress to leave their own show before the end, even if they play the main character in the story. Fortunately, some…

Here are the December TV Show

How well do you know famous TV series houses?