Independent but together, as a couple but autonomous, they complement each other in their passion for painting. Tatiana Djordjevic and Pedro Alonso, who have been in love for several years, intervene freely in each other's work to create original pieces. Like an open conversation, they let their inspiration speak for themselves both individually and jointly.

Under the name Magü, which means "magic" in Persian, they sign works that bear no resemblance to what they paint individually.

This joint creative effort has led them to produce a new painting, imagining the nymph, the emblematic trophy of the Monte Carlo Television Festival, in the blue atmosphere of an ephemeral summer night in the Principality of Monaco.

In a subtle mix of water and acrylic that gives the background a light touch, the use of oil stick for the raw effect, gold leaves for the sophisticated note and glitter spread over the canvas for the glamour that fills the admitted addiction to all that sparkles, Magü has created the new poster of the 61st edition of the Monte-Carlo Television Festival, which will take place from 17 to 21 June 2022, at the Grimaldi Forum. 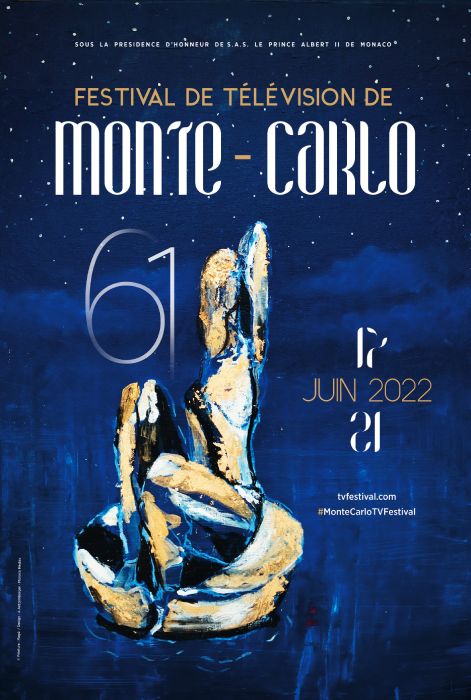 This creation reflects the Monegasque experience of the famous actor from La Casa de Papel, a series awarded a Golden Nymph in 2018, and his role as a jury member in the competition the following year.

« We sincerely hope that all of you will enjoy our interpretation of what is the core of the Nymph and, why not, Monte-Carlo itself », said Pedro Alonso.

The poster for the 61st Monte-Carlo Television Festival is already a work of art... 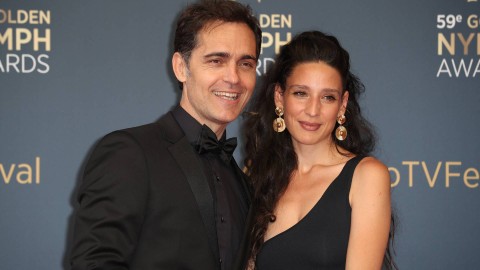 Tatiana Djordjevic (graduate in comparative literature from the Sorbonne) and Pedro Alonso (graduate in dramatic arts from the RESAD in Madrid) have lived together for several years and share similar interests, including a common affinity for ancient cultures and their expression associated with the invisible.

They both also like to write and paint, a practice which accompanies, in a form of quest, each of their moments of study and preparation of their distinctive works.

After a trip to Paris, at the beginning of their relationship, to the museum of the painter Gustave Moreau, they decided, almost as a hobby, to engage in a four-handed pictorial exercise, following a protocol closely related to the art of the French painter.

In his way of painting, they saw two fundamental lines of action which were in a certain way independent. One associated with color, with almost expressionist backgrounds, and the other associated with drawing, with all the mythological figures typical of his painting, and an almost precious finish.

The idea of this first pictorial attempt which they undertook together in an apartment in Montmartre was for Tatiana to start with the most colorful part and for Pedro to join her later with the drawing, so that, from this first start, they can intervene freely in the work of the other. With no other law than that of not picking up the brush before their intention feels it and being able to erase what seemed to them to be stifling the painting, even if the other had done it.

Their surprise was great when, observing the first result from a distance, they saw that it did not look exactly like what Tatiana had painted so far, nor what Pedro had painted himself.

After a few minutes of watching with some excitement the exercise created between them, Tatiana said: Magü, yes, that could be the name of the common spiritual fruit of our blending. So without thinking, that's how they signed it.

For those who are interested, Magü means mage, magic, in Persian.

After this first painting, others followed. As their conversation progressed, it focused on the intentions and personality of this painter, and many others who marked the course of art history.

Since then, from time to time, Magü started to introduce himself to them and they, of course, learned to put themselves at his service.

Now that they have been sharing his studio for some time, they can tell that Magü is a painter, as they have already mentioned, a lover of the archaic, the esoteric, the magic, almost like a being from the primitive times that would have traveled to our present and which, without any prejudice, would devote itself to mixing the modern and the old, the orient and the occident, the visible and the invisible, with a tendency to make a totemic sweep, esoteric in nature, of everything that presents itself as the object of its interest.

And to complete this note on the technical aspect, there is a mixture of very light (they almost always paint with water and acrylic), of raw (they love the oil stick which is a kind of finger painting), sophisticated (with the presence of gold and copper leaves in their finishes) and even kitsch (or their avowed addiction to glitter and all that glitters). 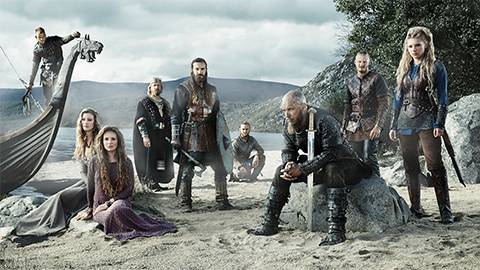 Is Vikings one of your favorite shows ? Then you are absolutely right. But do you know how it goes backstage ? Here’s five anecdotes about the show you… 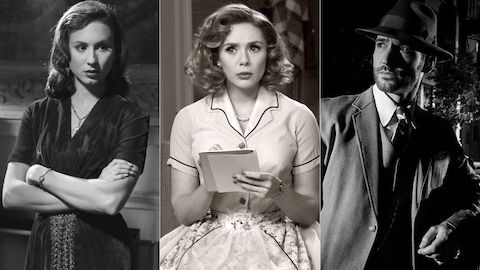 Even though we don't watch TV in black and white anymore, some series creators like to pay tribute to the past with one or several special épisodes. Here…

Every decade has its pick of popular shows. Today, we’re going back to the early 00s with 6 must-see TV series that were all the rage at that time. The…