While viewers often enjoy following the love stories of fictional characters, friendship can also move them to tears. Proof is given with the following companionships, which are truly beautiful relationships.

Carrie, Charlotte, Miranda and Samantha - Sex and the City 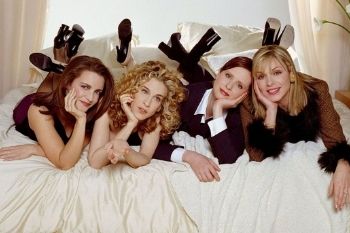 Shopping, parties, cocktails: with Sex and the City, feminine friendship wins the day! Carrie, Charlotte, Miranda and Samantha always have crazy and glamorous adventures. They can spend together the most frivolous, superficial and worldly moments, but also know how to show the strong and intense aspect of their relationship. Very different from each other, they manage to make their singularity a strength and, more importantly, show how to put their talent at the service of their loved ones. The exuberance of one helps the other to free her mind, the romanticism of another softens the couple relationships of her friends, and the seriousness of a third one brings back the group down to earth when necessary. In other words, there's a real team, doped with cosmopolitans and glitter. 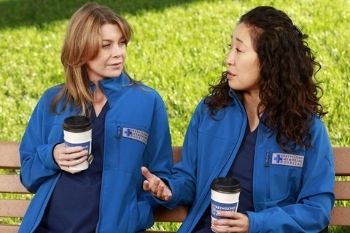 In Grey's Anatomy, Meredith and Cristina take friendship to a whole new level. We are not talking about colleagues, comrades or girlfriends, but about soul mates. Both surgeons consider themselves to be the two halves of a whole, Yin and… Yang. Their connection is so strong that sometimes they don't need words to understand each other. Sometimes a song and a glance are all it takes for the two women to express their emotions and alleviate their pain by dancing it out. They share absolutely everything together, the best and the worst, and never hesitate to tell each other the most inconvenient, even violent truths. Their special relationship is the spice of the show, which has lost a lot of intensity since the departure of Sandra Oh.

Peyton and Brooke – One Tree Hill 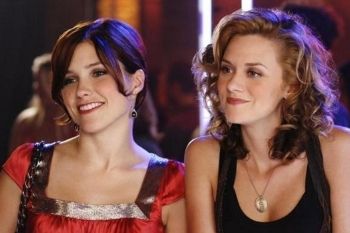 They love each other, they hate each other, and then they always end up loving each other again. In One Tree Hill, Peyton and Brooke have an intense relationship, often oscillating between hatred and friendship. Childhood friends, the two young women grew up together and supported each other through tough times. Peyton lost her mother when she was little, Brooke went through her parents' divorce. These are trials that they learned to overcome very early on, side by side. The arrival of Lucas Scott in their lives has, however, upset their peaceful relationship. By falling in love with the same person, these teenage girls sometimes let themselves be consumed by jealousy and anger and jeopardized their friendship more than once. Nevertheless, despite their differences, rage never prevailed over love. 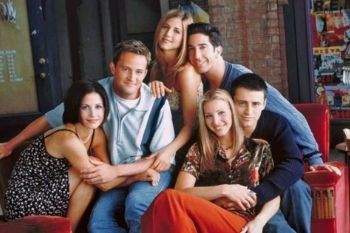 We can't talk about companionship without mentioning the iconic sitcom Friends. This show exudes friendship, which is at the heart of the script for every single episode. The six characters together are a tight-knit pack and go through all the trials of life hand in hand. Here, bickering and other mood swings are always placed under the sign of humor, thus emphasizing the cheerful and happy aspect that vibrates within the group. Over the course of all 10 seasons, Monica, Rachel, Phoebe, Ross, Chandler and Joey get to be our own life companions. They teach us what friendship is, friendship with a big 'F'. 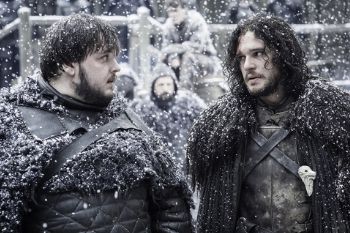 The first was full of charisma and courage, the second was self-conscious and fearful. Everything seemed to oppose them and yet their meeting each other was redeeming for one, as for the other. Both sent to the Night's Watch, Jon and Samwell got to know each other and soon could rely on each other to survive in this hostile world. Ned Stark's "son" offered his physical strength and protection to the fearful young man, while the latter put his intelligence and knowledge at the service of his friend. An exchange of good practices that allowed them both to evolve, but above all to discover a semblance of a brother. Throughout the series, the two men have always listened to each other, helped each other and ultimately loved each other. Their relationship was sincere, genuine, standing in stark contrast to the general atmosphere of hypocrisy and manipulation in Westeros.

Poussey and Taystee - Orange is the New Black 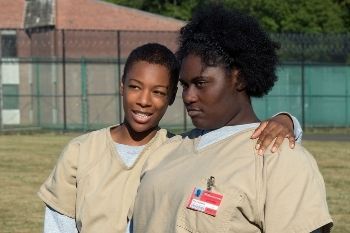 While life behind bars was a living hell for many female prisoners, Poussey and Taystee could get something wholesome out of it. Cheerful and full of life, the two inmates built a strong friendship by meeting each other every day at the library. Surrounded by books, the two women chose to write their own history and transform the darkness of this tough time into a beaming and hopeful love. Unfortunately, their lovely connection ended abruptly when Poussey was killed by one of the prison employees. Taystee then embarked on a crazy vendetta by setting Lietchfield on fire in order to obtain justice. She got a deep and visceral rage, which proves how human beings can move mountains out of friendship.

Only a true French TV series fan will ace this quiz

You think you know everything about French TV series? It’s time to find you with this quiz centered on shows that are made in France. Let’s go! window.beOpAsyncInit… 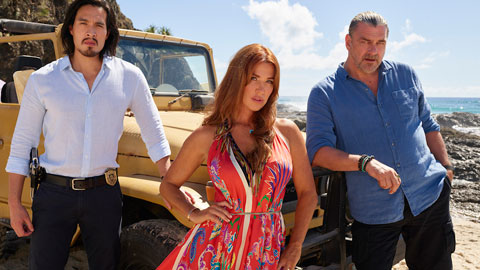 These US series are bigger in France

French TV is loaded with series that come straight from the United States, and some are met with much greater enthusiasm than in their homeland. Here… 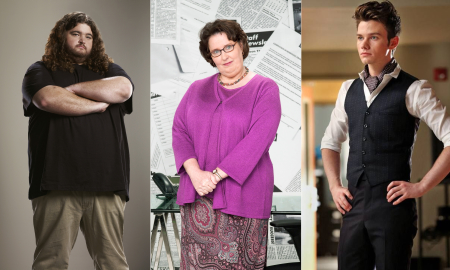 While some actors audition for a particular role, sometimes the wheel turns and they end up with a role crafted specifically for them. An incredible chance…